*First things first. Everybody with a keyboard and a brain has weighed on Beyonce's feminism. This post is not about that.  And, for our purposes, "real black girls" refers to black girls and women not employed by or enrolled in a university. 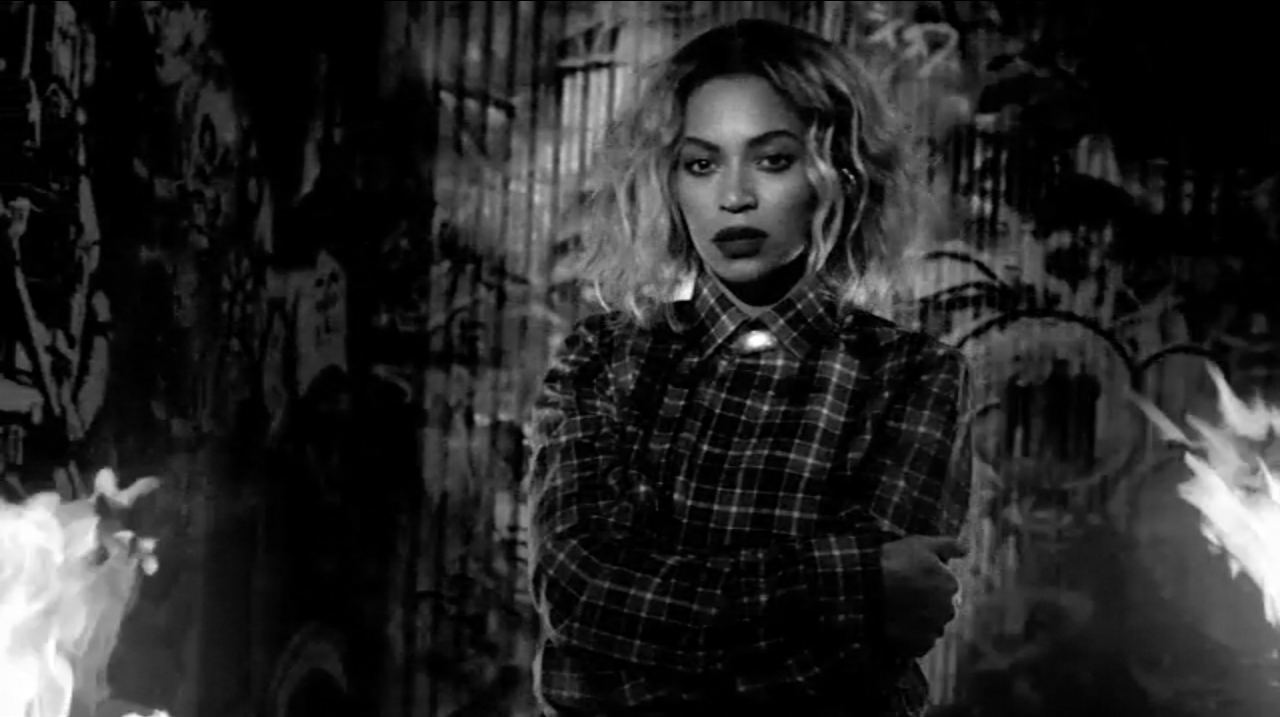 I'm teaching Black Women Writers this semester and, as I usually do, I began the course with a Beyonce video. I like inviting students to the study of black women's writing through Beyonce because the kind of public conversations black women intellectuals have about her echo those I want to have with my students about black women's literature: what is at stake int he representations of black women? is there a safe space for the narration of black female sexuality? is the mammy/jezebel/sapphire triad the best critical framework for understanding black female cultural production? Getting the students to consider these questions, initially, about someone whose work they are already familiar with eases them into the conversation, and demonstrates that these are the kinds of questions they are likely already asking of black female cultural production (even if they don't know it).

This year, Beyonce very helpfully dropped a new album, complete with visuals and drama and a feminist sample, putting her in direct conversation with the black feminist theory I use to frame my course. Everybody (I mean everybody) had something to say about Beyonce's feminism, but this post isn't about that conversation.  My students watched the video, read some of this posts, and had a great conversation about it this morning. They did a really good job of discussing "Flawless" in serious, academic ways.  They seemed to read "Flawless" as a definitive statement of feminism by Beyonce, and a challenge demanding a response. And respond they did. While they weren't ready to strip her of her feminist card. many were deeply suspicious of Bey's feminism, agreeing with Real Colored Girl's assessment.

They aren't the only ones, though, who read "Flawless" as an invitation. In the last few days I've had conversations with my 13-year old and my stylist about Beyonce and feminism.

My 13-year old happily calls herself a feminist, is deeply appalled by people who don't consider themselves feminist, and understands feminism to meant the fight to ensure that girls get to do and be whatever they can dream up. She is also a girl who is deeply suspicious of pretty (despite being a knockout herself, and knowing that). She sees no value in pretty other than your own sense of fabulousness and avoids any endeavor that values pretty over other things. So she was conflicted about "Flawless." She loved Beyonce's fierceness, her confidence that clearly stated "I don't give a fuck." She loved that Beyonce acknowledged that feminism might be something we should all sign up for. "I woke up like this" might be her new mantra. She did say, though, that kind of confidence is easy if you look like Beyonce. And that pretty shouldn't have to mean shorts made out of fishnet.

My stylist was thrilled to talk about Beyonce's new album, particularly the feminist stuff, particularly this video. My stylist wouldn't call herself a feminist. She thinks feminism means she shouldn't want a husband and she really wants to be married. She, like my daughter, loved B's confidence in this video. She loved the fishnet, the sexuality, the idea that some days you're just really feeling yourself and other folks need to know that. Beyonce's strut makes her want to strut. And she likes the idea that she can strut and be married.

For my kid and my stylist, Beyonce's invitation wasn't invitation to argue the definitions of feminism. Both of them are trying to figure out how to be healthy, happy, free black girls in the world and they're reading "Flawless" as an invitation to explore feminism as a possible path to happy, healthy freedom.  Their engagement with Beyonce, with feminism, is not academic but it is real.
Posted by Conseula at 7:54 PM